Deal or no deal? 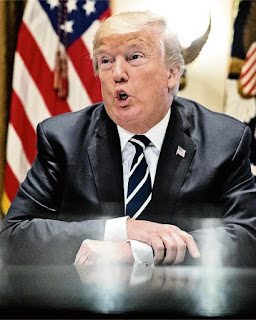 When you begin telling fibs, you have to remember which ones you told.  According to The Guardian, President Trump seems to be floundering:


Cohen pleaded guilty to making false statements to Congress about a deal he pursued on Trump’s behalf to build a Trump tower in Moscow.

Court documents revealed Cohen was in contact with top Kremlin officials about the prospective tower; that Trump was closer to the negotiations than previously acknowledged; and that the deal was alive as late as June 2016 – six months longer than Cohen told Congress.

The court filing appeared to expose multiple and repeated public lies by Trump about his links to Russia. “I have no deals that could happen in Russia, because we’ve stayed away,” Trump said at a press conference during the presidential transition. “I have no deals … because I think that would be a conflict.”

Confronted with the contradiction outside the presidential helicopter on Thursday morning, a visibly agitated Trump said “this deal was a very public deal – everybody knows about this deal”, then denied there was ever a deal, then said if there had been a deal it would have been no problem.

“This was a deal that didn’t happen,” Trump said. “That was no deal. If you look – this was an option. To my way of thinking, it was an option that we decided not to do.”

Beyond the call of duty

It must be 1 April?  The Guardian reports:


A team of doctors who swallowed Lego and timed how long it took to pass through their bowels say the results of their research should reassure concerned parents.

In a paper published in the Journal of Paediatrics and Child Health, six researchers from Australia and the UK swallowed the head of a Lego figure – roughly 10mm by 10mm – in the “noble tradition of self-experimentation”.

Toy parts are the second most common foreign object that children swallow, and frequently cause anxiety among parents, but usually pass in a matter of days without pain or ill-effect.

They developed their own metrics: the Stool Hardness and Transit (Shat) score and the Found and Retrieved Time (Fart) score.

The Fart score – how many days it took the Lego to pass through the bowels – was between 1.1 days and three days, with an average of 1.7 days.

Using the Shat score, the researchers also found the consistency of their stools did not change. They compared Shat and Fart scores to see if looser stools caused quicker retrieval but found no correlation.

The Times has a means of cutting short the Great 5-day Debate:


There are essentially three points that all MPs now make: a) this isn’t great but it’s as good as we’re going to get; b) this is dreadful and we should leave right now on Canada +++ terms; and c) this is terrible and we should have a second referendum.

They could just rise, say “argument B, Mr Speaker” and Mrs May can reply “I refer you to the answer I gave earlier”. It would save an awful lot of time.

It is of little consolation

Brexit realities revealed by The Independent:

Your fellow citizens are deluded racists who read the Sun and the Mail, fetishise two World Wars (and one World Cup) – get used to it

Brexit might be “the moment” when you simply have to come to terms that the folk you share this sceptred isle with aren’t as clever/open-minded/tolerant/humane/woke/whatever as you are.  But you’re lumbered with them. Even the shift in opinion since 2016 hasn’t been that dramatic, and, while Remain would probably win now, and a Final Say is the right thing to do, a solid quarter to a third of your fellow citizens just want out of the EU whatever the cost, and would probably personally volunteer to bomb Germany. Worth acknowledging if nothing else.


Denise Coates, the multibillionaire founder and boss of the gambling firm Bet365, paid herself £265m last year in a record-breaking pay deal for the chief executive of a British company.

Her pay is more than 9,500 times the average UK salary, 1,700 times that collected by the prime minister and more than double that paid to the entire Stoke City football team, which Bet365 owns and which was relegated from the Premier League last season. Coates’s pay is also 27 times that earned by Tim Cook, the chief executive of Apple, the world’s most valuable company.


The quadrupling of child problem gamblers to more than 50,000 in two years has been branded a “generational scandal”.

A Gambling Commission audit due for release on Wednesday reveals that the number of problem gamblers aged 11 to 16 rose to 55,000 over two years. It also found that 70,000 youngsters were at risk and that 450,000 children bet regularly, the equivalent of one in seven children aged 11 to 16.

The audit, reported in the Daily Mail, said the youngsters were staking an average of £16 a week on fruit machines, bingo, betting shops and online games, which are all illegal for under-18s.

From The Guardian (here):


... the ERG has seemingly managed the impossible. In less than a week, they have made Theresa May appear vaguely plausible while relegating themselves to an embarrassing, long-past-its-best, music hall act. With Rees-Mogg as Archie Rice. In a straight fight between the ERG and Dad’s Army, Captain Mainwaring would come out on top every time. Tuesday’s event had all the feel of the final hurrah before the knacker’s yard.

Behind the stage was a placard with the words “Global Britain”. Global Britain turned out to be seven old, white men waiting for the golf club bar to open. Only the presence of Rees-Mogg brought the average age below 65 and he was feeling every one of his 49 years. Even he never thought he’d sink this low. Whatever would Nanny think?

Now who is over-egging the pudding?  The Times reports:


European citizens will no longer be able to “jump the queue” for jobs in Britain, Theresa May will pledge today as she attempts to shore up political support for her troubled Brexit blueprint.

She will hint that the deal being negotiated in Brussels for the future relationship will allow the UK for the first time to create a level playing field, as EU citizens compete with other countries for the right to work in Britain.

“The difference will be this: once we have left the EU, we will be fully in control of who comes here,” she will say. “It will no longer be the case that EU nationals, regardless of the skills or experience they have to offer, can jump the queue ahead of engineers from Sydney or software developers from Delhi.

As I understand it, the position on immigration will not change until the transition period has ended, which may not take place until 2023.  And, even then, it will depend upon the deal to be negotiated on the future trading relationship.

Furthermore, is it really the case at present that EU nationals regardless of skills and experience "can jump the queue" ahead of Australian engineers or Indian software developers?  And, if it were the case, perhaps the Home Office (recent proprietor - Theresa May) and its obsession with cutting immigration may bear some of the responsibility?


The iconic chocolate nougat Mars bar could face extinction in the UK should the country leave the UK without a Brexit deal, secretary of state for environment, food and rural affairs Michael Gove has been warned.

Last year, it was revealed that all confectionery imports in the UK, including Mars bars, would drastically increase in price as a consequence of a hard Brexit.

However, the situation could be even more dire than previously thought, with representatives from the food industry telling Mr Gove that a no-deal Brexit may result in the country running out of Mars bars in a matter of weeks.

The country will never forgive that Rees-Mogg fellow.

Picture of the day 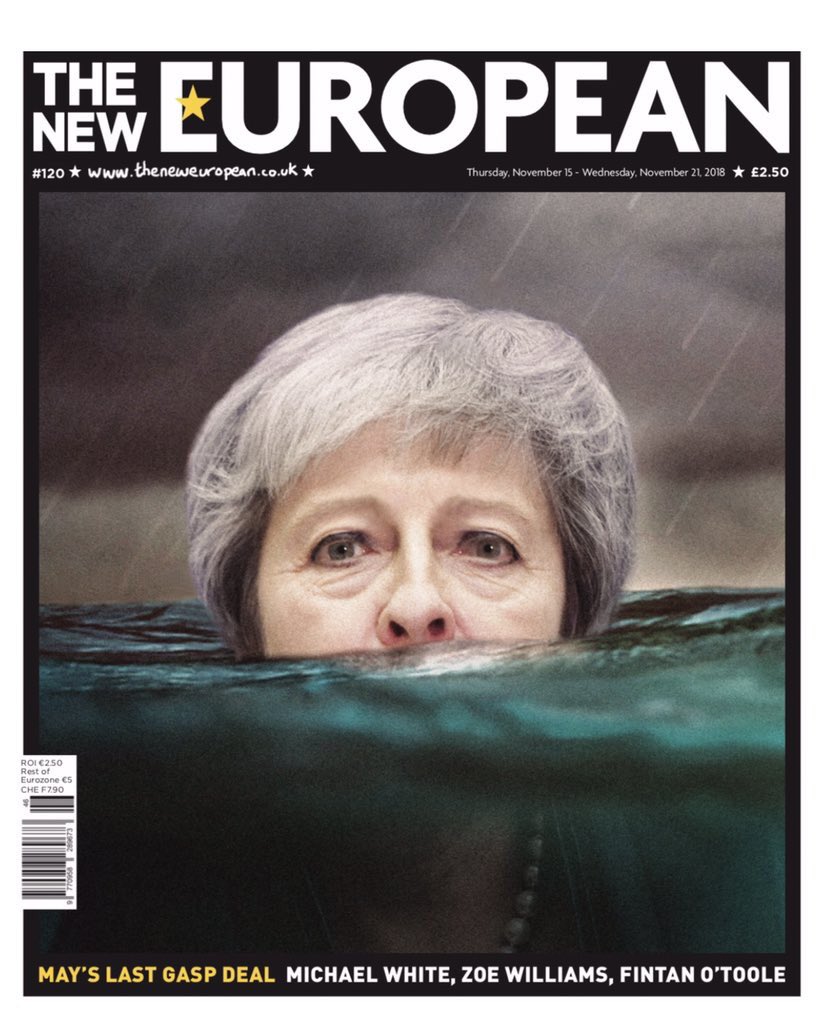 
“When you strip away the detail, the choice before us is clear, this deal … Or leave with no deal, or no Brexit at all.”

I'll vote for no Brexit at all, thank you.

Matthew Parris in The Times (here):


Listen to Mrs May’s proposed deal as it unfolds. Listen to the caveats and exclusions and tortuously worded ambiguities. Listen (as Democratic Unionists now can when they read yesterday’s leak to The Times) to the strangled verbal formulations. And keep repeating this single question: “How is this better than just being in the EU on the terms negotiated by Margaret Thatcher and John Major?”

Answer comes there none, nor ever will, because there is no answer and the prime minister knows it. She accepted the instruction to get the best deal available. But it isn’t any good.

Can we call the whole thing off?